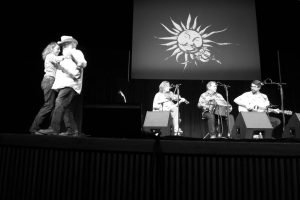 Sharing Space: How Airbnb is changing travel in Louisiana

The Independent
A New School of Thought

Christy Leichty and her husband, Jim Phillips, “are artists and educators who love Cajun and Creole music and the culture so dearly that they moved to Louisiana to help rebuild and work in education after the 2005 hurricanes.  In addition to their educational endeavors there, they bought an old Texaco distribution center, moved it to a secret location, and outfitted it as a dance hall/theater called The Whirlybird. Some of the biggest names in Cajun music and beyond “pass a good time” there.”